In Memory of Chris

This is a memorial beside the road about a 1/4 mile from my house. I can’t think of a worse tragedy that losing a member of my immediate family. I pray for those who have.

So if you’ve been following my blog at all, you know I love crosses.  Here’s a photo of the cross that stands on my TV stand.

I love the image of the cross because it’s the central figure of my spiritual journey!

This is a photo that I took of the little wooden cross that I purchased in the Ukraine several years ago.  I took the photo with my iPhone last night while waiting on my daughter’s play-practice to end.  It is hanging on the rearview mirror in my car.  I took the photo intentionally with the street light directly behind it.  Of course I did a lot of post editing to get it this way.

“To some, the image of a pale body glimmering on a dark night whispers of defeat. What good is a God who does not control his Son’s suffering? But another sound can be heard: the shout of a God crying out to human beings, “I LOVE YOU.” Love was compressed for all history in that lonely figure on the cross, who said that he could call down angels at any moment on a rescue mission, but chose not to – because of us. At Calvary, God accepted his own unbreakable terms of justice.

Any discussion of how pain and suffering fit into God’s scheme ultimately leads back to the cross. ”
— Philip Yancey

Here’s the third Cross I’ve photographed.  It’s a shaker full of blue sand and glitter that I keep on my desk. (if you follow this blog often you probably are thinking that my desk is a little cluttered) 🙂  On one side of this shaker is a cross and on the other it has John 3:16.  The cross and the Bible verse are holes in the plastic.  When you turn it over the sand all goes to the other side and when you turn it back it falls through the holes revealing the cross and/or verse.

The cross was no accident.  Jesus’ death was not the result of a panicking, cosmological engineer.  The cross wasn’t a tragic surprise.  Calvary was not a knee-jerk response to a world plummeting towards destruction.  It wasn’t a patch-job or a stop-gap measure.  The death of the Son of God was anything but an unexpected peril.

The cross was drawn into the original blueprint.  It was written into the script.  The moment the forbidden fruit touched the lips of Eve, the shadow of a cross appeared on the horizon.  And between that moment and the moment the man with the mallet placed the spike against the wrist of God, a master plan was fulfilled.

The cross is the most sacred symbol of Christianity. I love the cross because of what it represents to me personally regarding my faith and beliefs. Here is a photo of the cross that my friend Jenna’s grandmother gave to her. She has it hanging on her rearview mirror. Thanks, Jenna, for allowing me to take this photo. It’s beautiful. I’ll call this one “Grandma’s Cross”. Here’s an excerpt regarding the Cross by one of my favorite authors….

“The cross. Can you turn any direction without seeing one? Perched atop a chapel. Carved into a graveyard headstone. Engraved in a ring or suspended on a chain. The cross is the universal symbol of Christianity. An odd choice, don’t you think? Strange that a tool of torture would come to embody a movement of hope.

Would you wear a tiny electric chair around your neck? Suspend a gold-plated hangman’s noose on the wall? Would you print a picture of a firing squad on a business card? Yet we do so with the cross.

Why is the cross the symbol of our faith? To find the answer look no farther than the cross itself. Its design couldn’t be simpler. One beam horizontal–the other vertical. One reaches out–like God’s love. The other reaches up–as does God’s holiness. One represents the width of His love; the other reflects the height of His holiness. The cross is the intersection. The cross is where God forgave His children without lowering His standards.

How could He do this? In a sentence: God put our sin on His Son and punished it there.

“God put on him the wrong who never did anything wrong, so we could be put right with God” (2 Corinthians 5:21 MSG).

Or as rendered elsewhere: “Christ never sinned! But God treated him as a sinner, so that Christ could make us acceptable to God” (CEV).

Envision the moment. God on His throne. You on the earth. And between you and God, suspended between you and heaven, is Christ on His cross. Your sins have been placed on Jesus. God, who punishes sin, releases His rightful wrath on your mistakes. Jesus receives the blow. Since Christ is between you and God, you don’t. The sin is punished, but you are safe–safe in the shadow of the cross.”
by Max Lucado from the tract “He Did This Just For You” 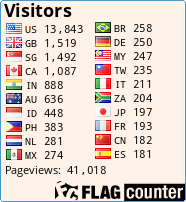